So, I came to my studio and found my cat - happy as can be - asleep in my photocube.  Took a few pictures of him and spent the next half an hour cleaning up all his fluffy cat hair.  I am sure it will still show up in my pictures for a while... 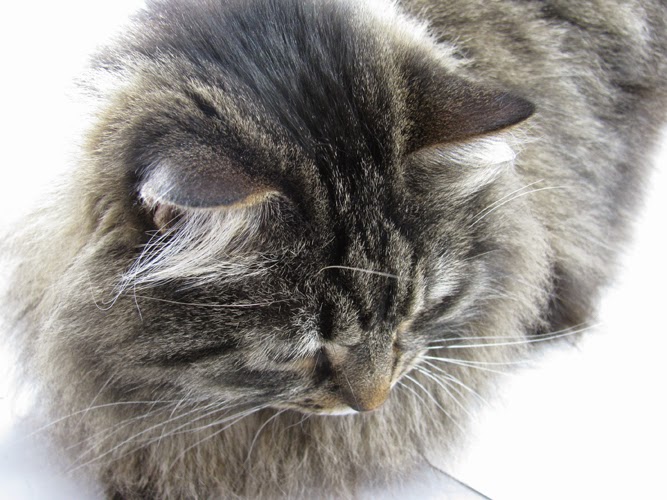 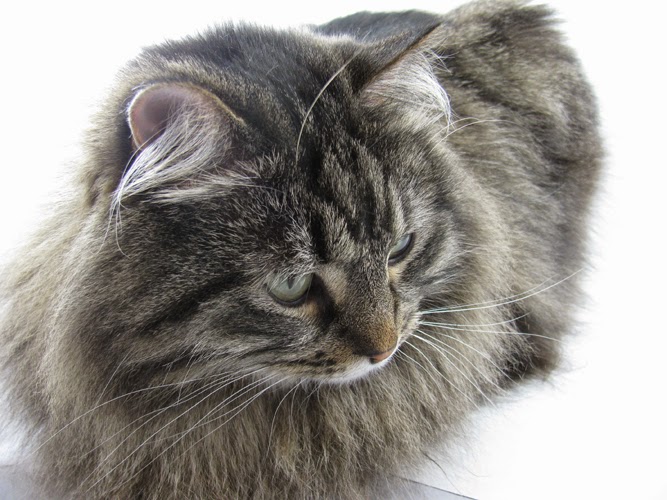 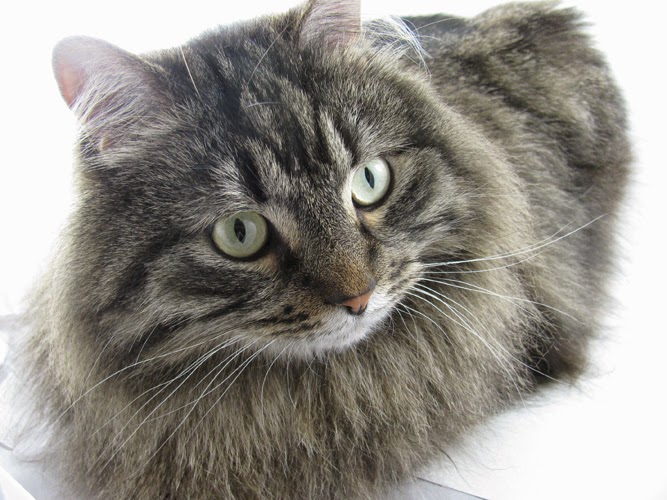 Email ThisBlogThis!Share to TwitterShare to FacebookShare to Pinterest
Labels: studio

A few pictures from my class Jewelry with Openwork Canes: 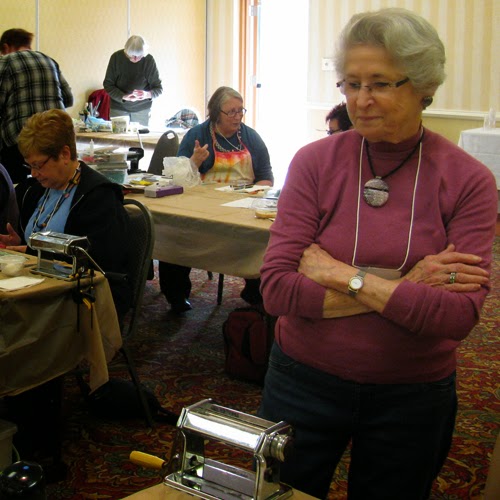 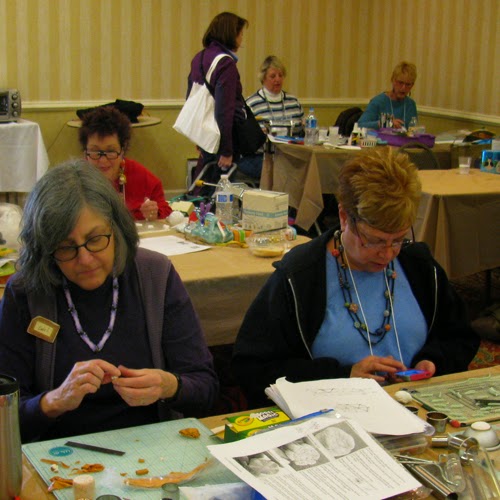 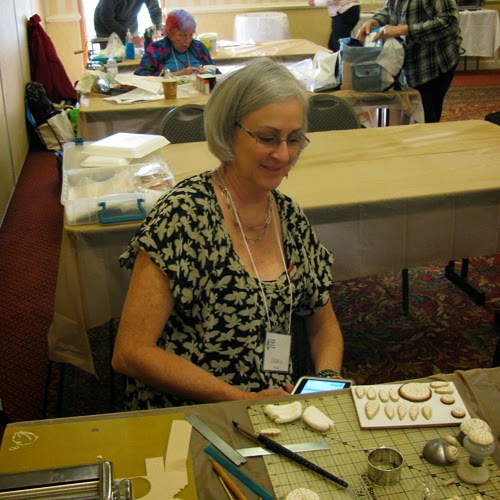 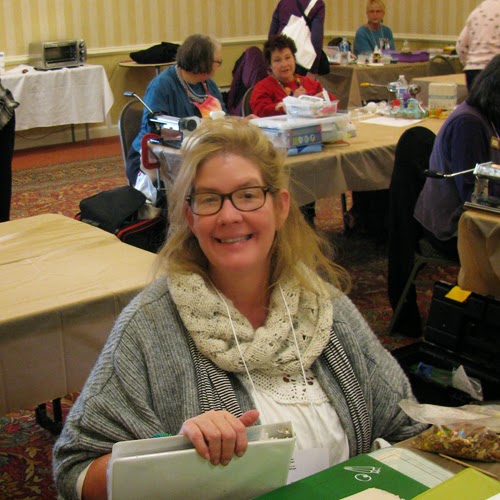 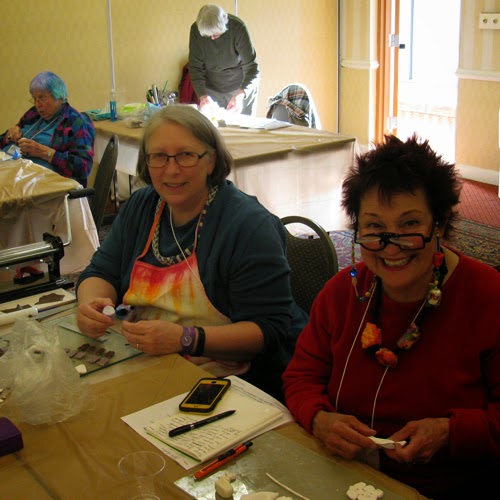 This is becoming a lovely tradition: for Valentine's day, my husband and I give each other a trip to some nice place.  This year it was Southern Florida and it was a few days before February 14, because I needed to be back in time for my class on February 12.

Apparently, anhinga is a this amazing fish-hunting bird.  When it is done with chasing fish, it sits on the low branches of the trees by the water.  At first, it looks like a wet black bottle-cleaning brush (it's feathers are not water-proof). 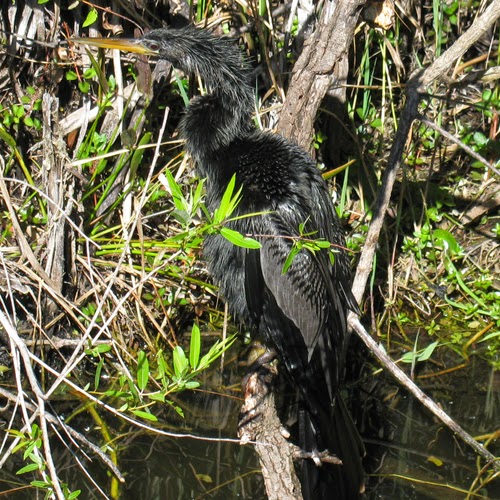 To dry its feathers, the bird spreads its wings like a pterodactyl.  In a few minutes light-grey spots start appearing on its shoulders: 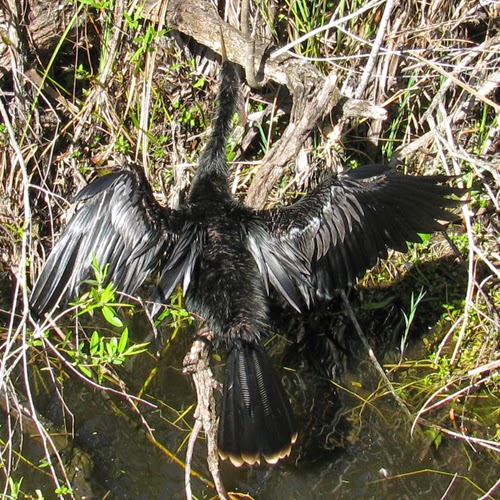 After about 10-15 minutes of drying in the sun, the bird turns into this beauty: 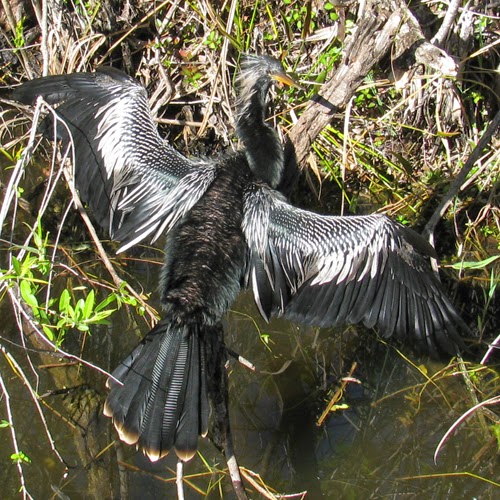 Isn't it amazing?  If I did not took all three pictures by myself, I would not believe that this is actually the same bird! 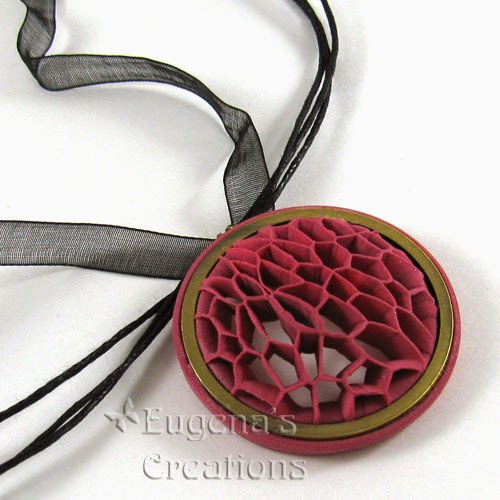 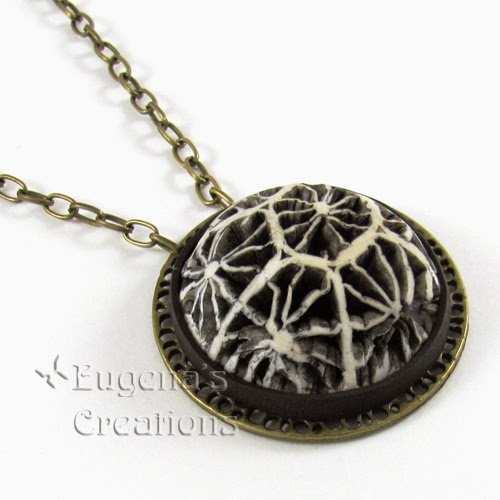 Getting ready for my class at   Clay Fest-Cabin Fever Creative Arts Fest 2015, I made a few new openwork pendants.  While the ones described in my tutorial are all made in white, this time I am experimenting with different colors and finishes.

I just realized that I actually did not work in this technique since the publication of my Openwork tutorial.  I guess I am too eager to move on to experimenting with the new things...
No comments: 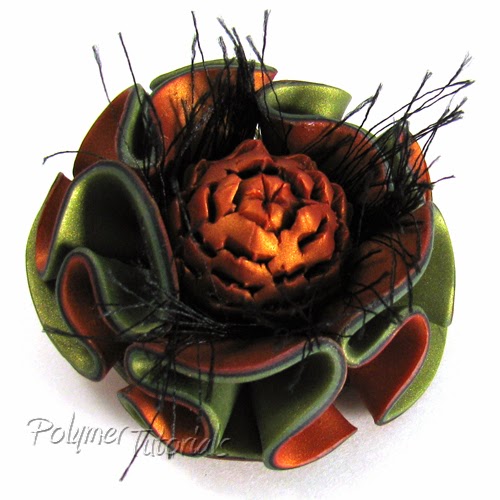 Aren't your friends jealous that you can always have a piece of jewelry perfectly matching your outfit?

Here is an idea for your next masterpiece: a beautiful brooch in delicious colors from the Pantone Spring 2015 collection: Marsala, Sandstone, Woodbine, Tangerine, Strawberry Ice, Aquamarine...

In this tutorial, you will find detailed instructions for making all of these colors in Premo polymer clay. I will take you step-by-step through the process of creating a few different brooches.  This project is easy and fun, so I am sure you will want to make these brooches not only for your every new dress, but for your friends' as well!
No comments: